With the help of Joni Mitchell and Peter Yarrow, the Old Town School of Folk Music opened this home in September of 1998. The facility is the result of an adaptive reuse project in a converted 1929 Chicago WPA library. This music school venue includes a 425-seat performance hall, a retail shop, box office, cafe, a gallery, and classrooms. The completed project represents the largest facility dedicated to the performance and preservation of Folk Music in the United States.

The centerpiece of the facility is the iconoclastic performance hall that also functions as a social center when not in use for concerts. Rather than build a single-purpose auditorium that would seldom be used but for performances, the school opted for a space that would remain a social center throughout a typical day. The hall, developed as a variation on a cabaret, is outfitted with an ‘open’ stage, numerous windows, collegial and loose seating and tables, and is served by a walk-up cafe.

Located in a half-drum shaped space formerly occupied by four floors of book stacks, the hall contains two levels of raked seating that encircles an intimate thrust stage. And, with an upstage wall formed by two large sliding doors, the stage and the hall become the focal points of the main entry lobby. The sliding doors are kept open at all times but for performances, to allow visitors entering the facility to see directly into the hall, vicariously enjoying a point of view similar to that of an on-stage performer.

The Chicago Sun-Times describes the space as “maybe the best concert venue in town. The acoustics are perfect, the sightlines a dream.”

The Chicago Tribune maintains that “the hall ranks as one of the finest reuses of an existing interior in Chicago… It’s a new variation on an old theme — the theater as a social center, town square, cabaret. Best of all, it sings visually, a model of transforming old buildings to new uses…What is truly remarkable about the hall is the way it manages to look as if it was always there…” 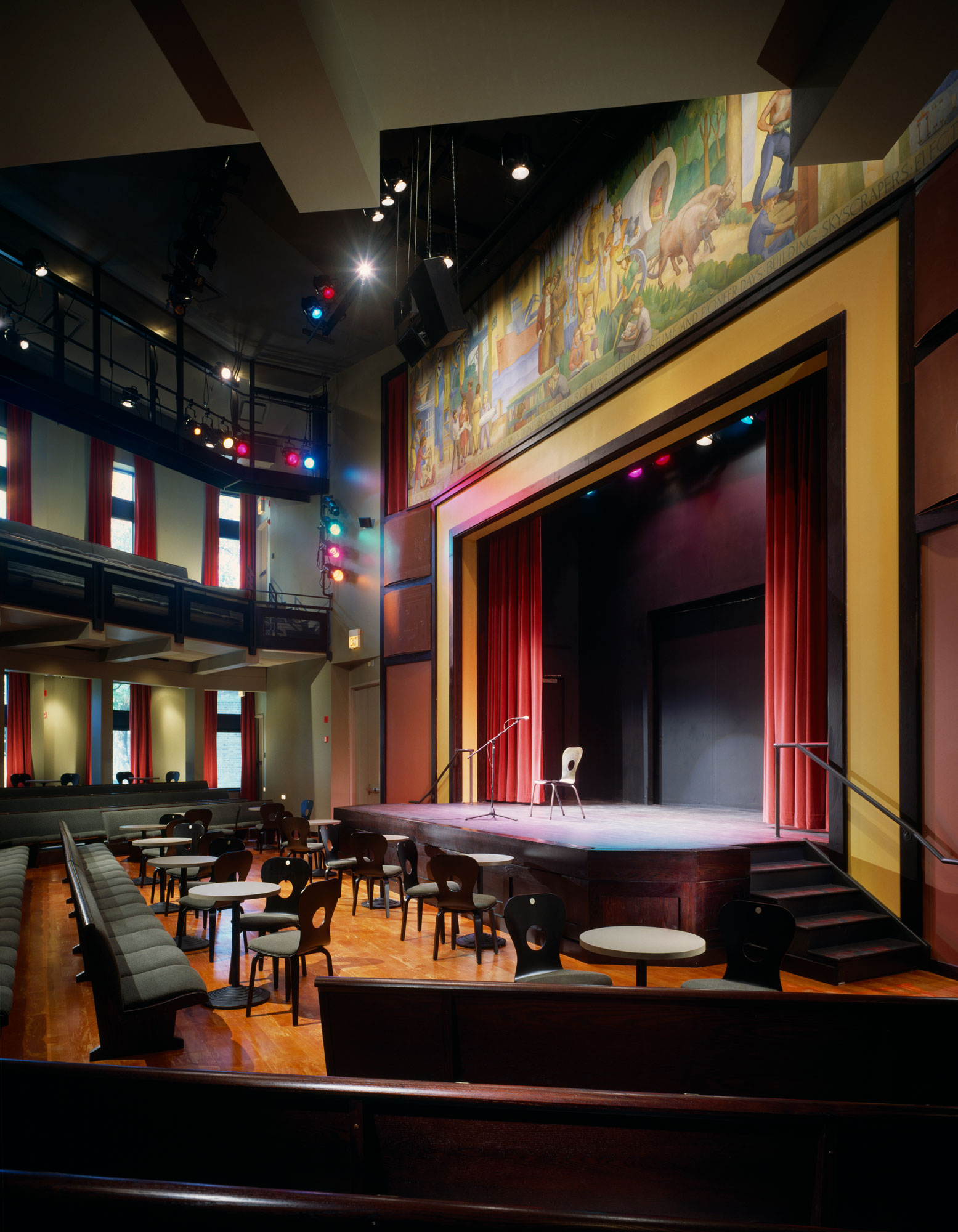 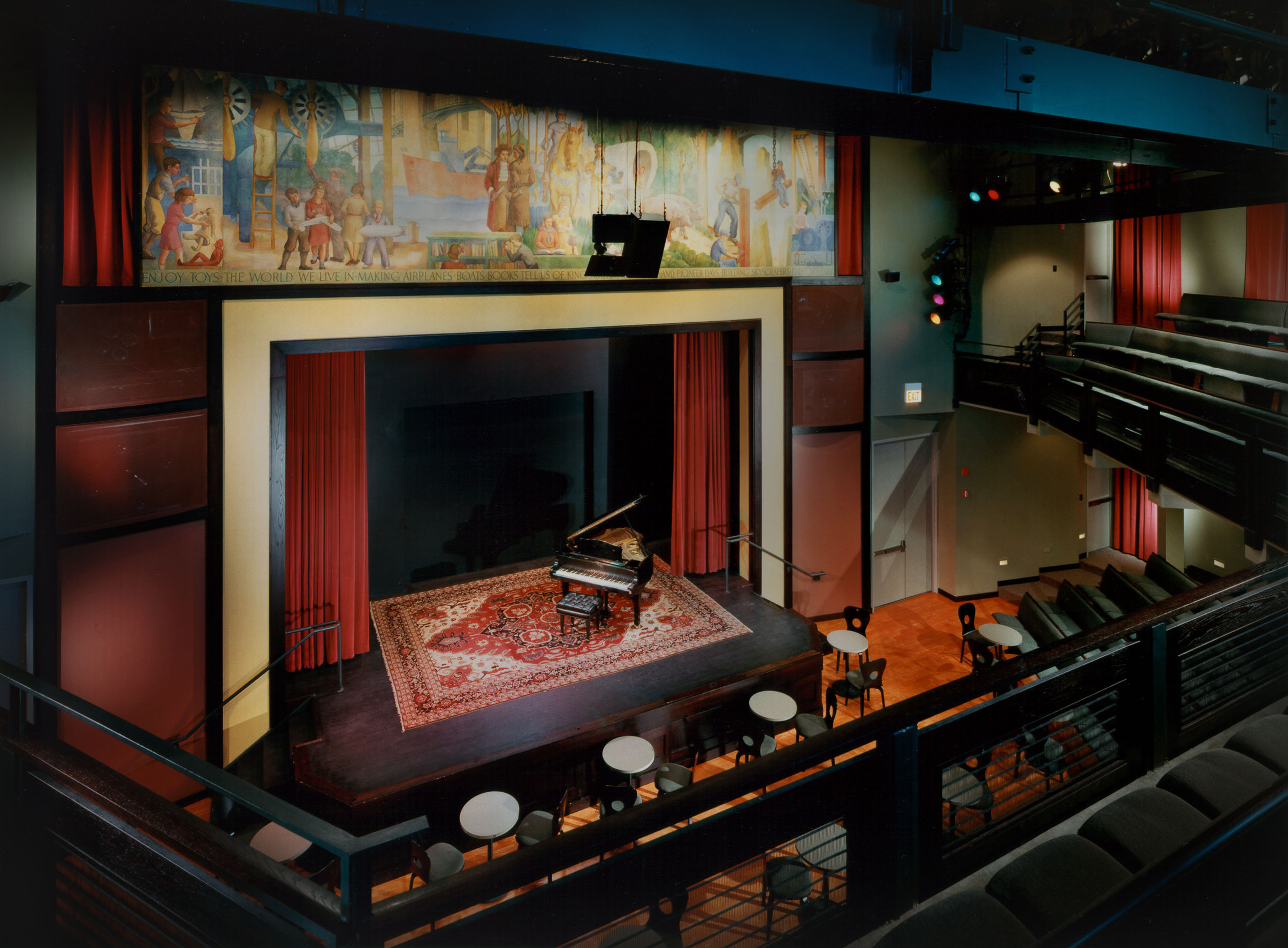 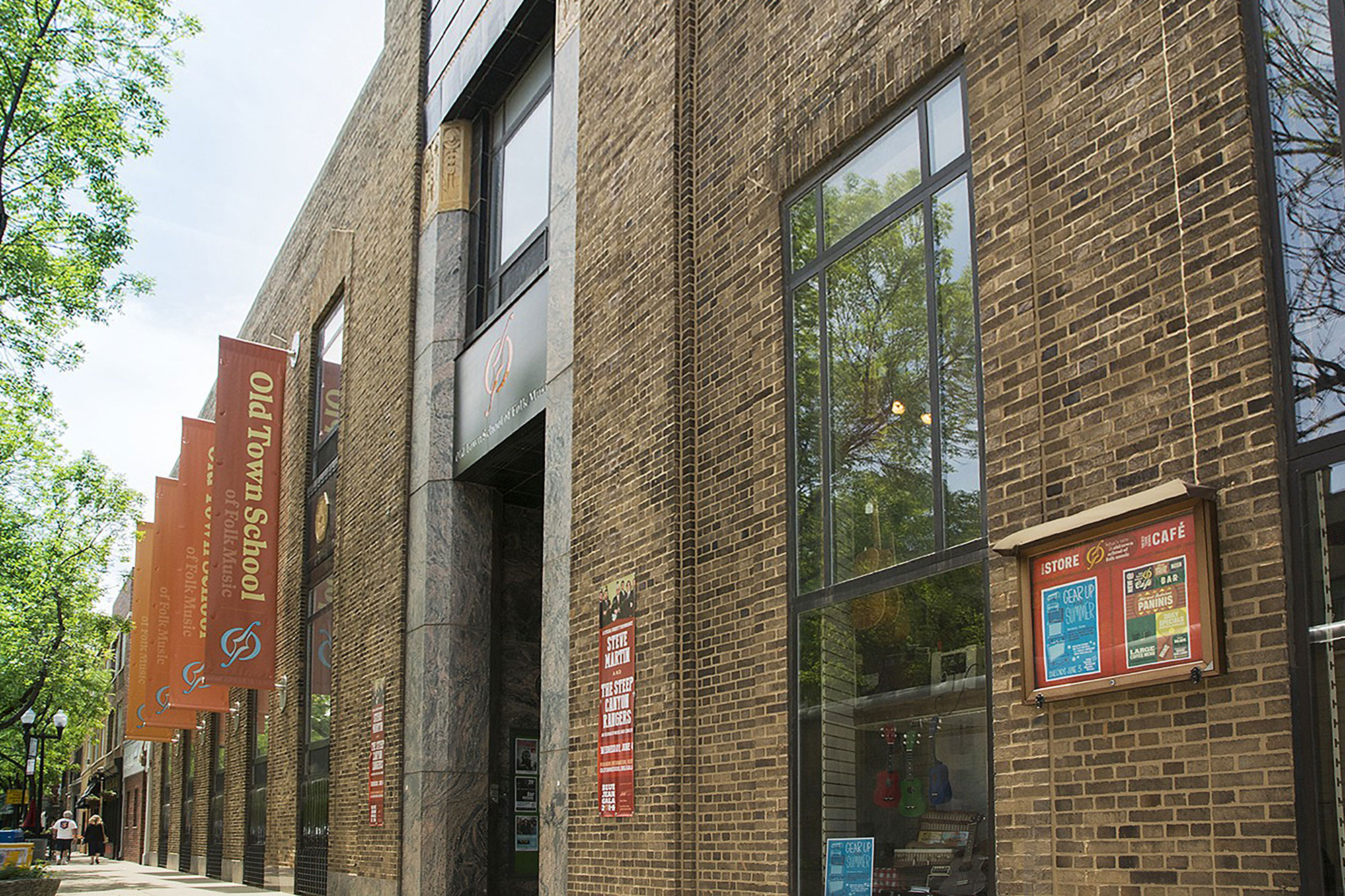 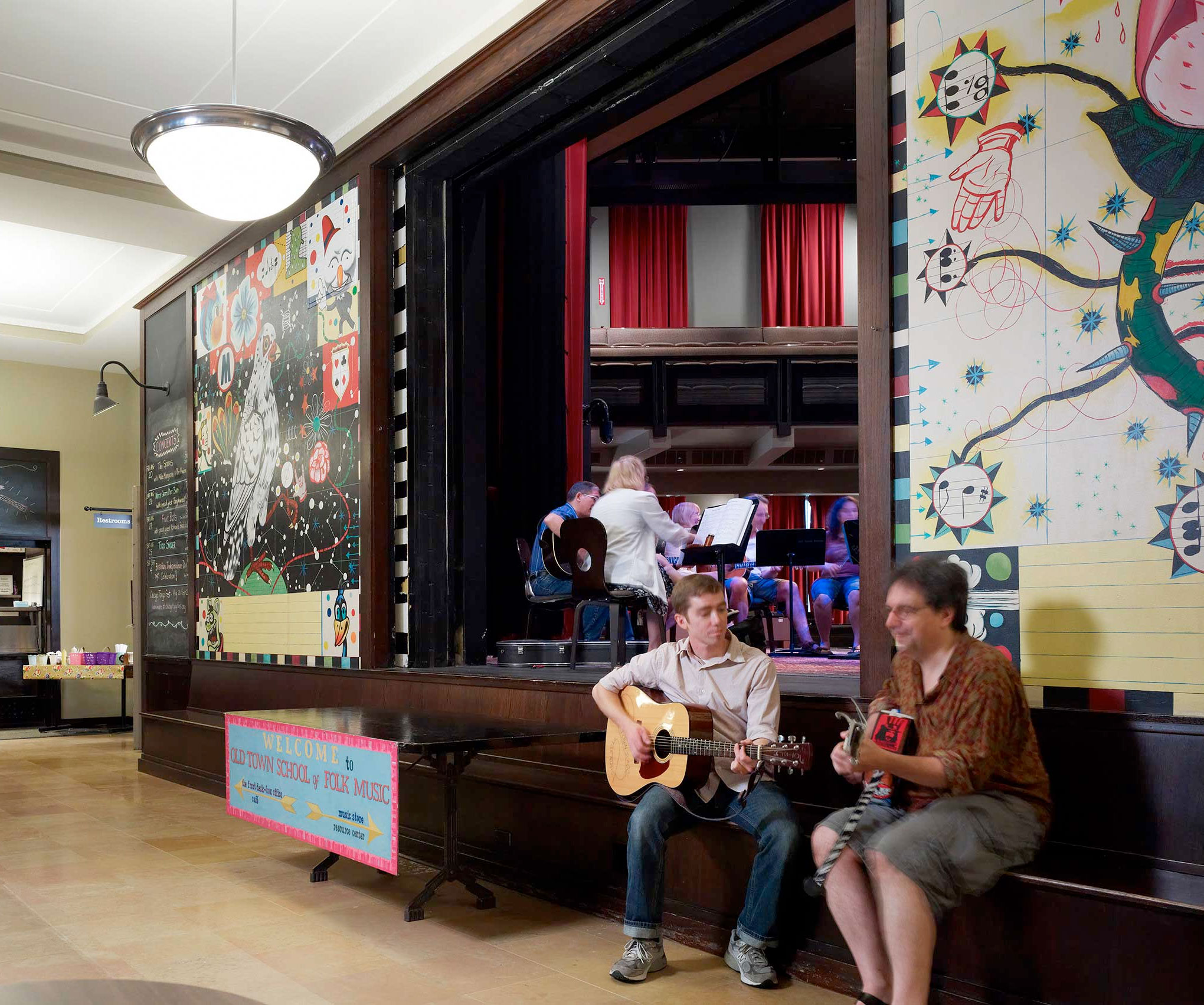